One Success to Another!

Once his life revolved around the music industry, Rap specifically.  If you are my age then you have probably sang along to the song: Bang to the Boogie.  A hit in 1995 and available for download on iTunes now. 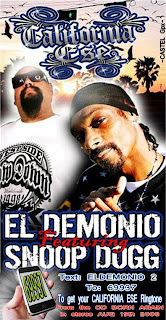 Rap star El Demonio has performed with some of the biggest names in the business and now enjoys his life as a hot dog vendor.  Below is the exact letter I received from this up and coming vendor.

So Our first weekend as BULLDOGGIE'S ALL AMERICAN HOT DOGS was GREAT, better then I thought we would do, A LOT BETTER. Our Big Dog Cart preformed awesome. The Walmart (Durango, Colorado) crowd seem to love what we were doing. We started Friday, April 15th from noon to 6pm and our first day the final count was $647.00, Saturday was $1,041.00 and Sunday was $488.00. It's was amazing!!! I included some pics and video is on the way. Again I just wanted to thank you because your information was PRICELESS!!!!

Life is funny. Just under 2 years ago, I was one of the top Latino rap recording artists in American. My stage name was El Demonio. The music business got hit hard by the economy and illegal digital downloads and POOF my 16 year music career went spinning downward. Rather then go down with the sinking ship, I took my savings and left the fast life of a rising rap star from Southern California lol and moved to the country. We moved to my Wife's hometown of Ignacio, Colorado. Have you ever seen the TV Green Acres? Well, That's me lolol. From Rap Star to Hot Dog Star lolololol. I inclosed some of my El Demonio Promo stuff for laughs and below was my Bio. I had some very hard times but I LOVE MY LIFE and I love BULLDOGGIE'S.

With the chart topping, infectious single "BANG TO THE BOOGIE", which reached #9 on Billboard's Rap charts in the summer 1995, produced by and featuring Latino Rap Pioneer ODM of LIGHTER SHADE OF BROWN, Inland Empire based EL DEMONIO was well on his way to becoming a major player in the Rap and Hip Hop game.

Legal problems with his record company, derailed this rising Rap Star and put a hold to a once promising career.

EL DEMONIO's debut album "NOTHING's SACRED" (on Greenside Records 1999) was the flame that set the west coast underground on fire and set the stage for His highly anticipated major label release "IN MEMORY OF" (on AME/ BMG US Latin/ SONY 2001), which had heads ringing and the industry in a buzz.

Reality based tales, that were felt by thousands from one of the then fasting rising Chicanos in the game at the time! Following "IN MEMORY OF", EL DEMONIO experimented with styles and grew
musically, releasing the all acoustic and unplugged E.P. "JUST SOUTH OF PARADISE" (on DSB Recordings, Inc. 2004), in which He played most of the instruments. The haunting, dark first single from the E.P. "LIE TO ME" drew comparisons to Everlast & Kid Rock and added a whole new fan base to an already strong following.

EL DEMONIO has performed in a countless number of venues all across the US and beyond, including tours of Japan, Italy, Spain, France & Germany. Along the way, EL DEMONIO has shared the same stage with such Mainstream, R&B, Old School, Rap and Hip HOP acts as LUDACRIS, R. KELLY, ICE CUBE, T PAIN, MIMS, LIL FLIP, CYPRESS HILL, TLC, TOO SHORT, E-40 and the list goes on and on.

EL DEMONIO was a nominee for Best New Artist by the Heritage Awards in 2001 and a winner of the Alma Award for The Best New Artist in the same year. He has recorded with the who's who of the Hip Hop and Rap Industry. With songs featuring Multi Platinum recording artists and Grammy Award winners like Snoop Dogg, Akon, T-Pain, T.I., Three 6 Mafia, Baby Bash, Juvenile, The Game and others.

With His legal problems now behind him, EL DEMONIO is ready to finish what he once started. With over 250,000 units sold, He is ready to add to those number in a big way with his latest release BORN AGAIN (on Hi Power Ent./ KOCH/ E1 Ent. 2009) which features SNOOP DOGG, THE GAME, BABY BASH, T.I., JUVENILE and others. Available EVEYWHERE CDs and MP3s are sold.

The Illtip Magazine called the CD "an urban masterpiece" and Murderdog Magazine said "This Latino is the real deal", Mandatory Business Magazine said "It's the best Latin Rap Album ever released, Period"

Also due for release in the spring of 2010 is The Best of EL DEMONIO called EL DEMONIO "THE ALPHA MALE.

The KILLaforina Monster is BACK and in a big way!!! Witness the dawning of a new legacy and make way for the "DON" of the NEW Westcoast, Hi Power Soldier EL DEMONIO. 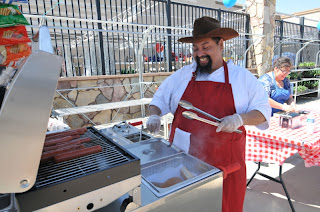 You know me, I thrive off of success stories and this one has just begun.  Can't wait to hear more. 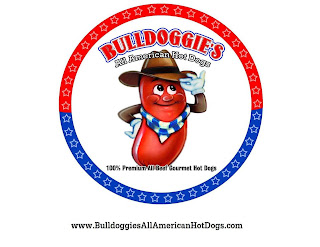 I have had this blog up for a year now and I finally have started adding blogs. Please subscribe if you would like to get updates from The Hot Dog Professor with awesome links, stories, tips, secrets, encouragement and anything hot dog and hot dog vendor related.

The Hot Dog Professor
Just 3 years ago I was broke, bankrupt and depressed. I had just lost my furniture stores and my home. Hot Dogs Saved my life! Nothings been the same since. I love to help others succeed in this wonderful business.